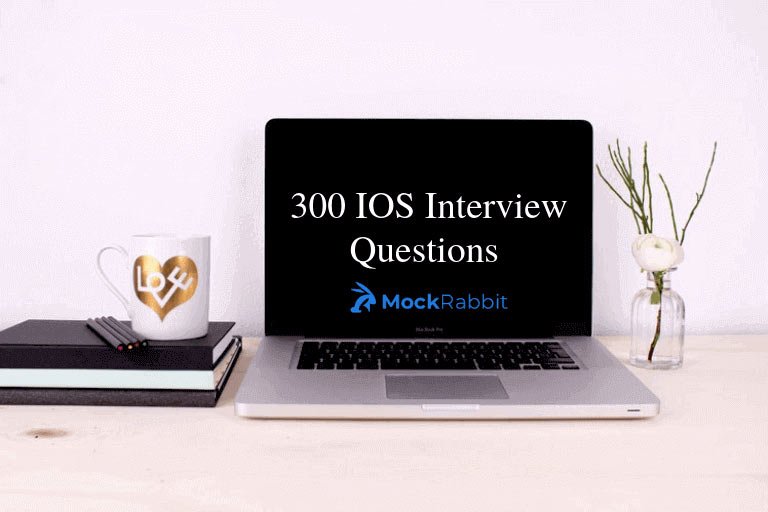 Interviews become unnerving at times. But, in spite of whatever one thinks about it, you still have to go through it in order to get the job to leverage your geniuses and earn the income to fulfil your life goals.

These 300 IOS Interview Questions covers most of the things you need to practice to keep interview nerves at bay and ace your IOS interview. It is recommended to you that in the process of preparation, go through this question and practice before each of your interviews to remind yourself of them.

At this point, I’m sure you’re pretty equipped to make a decision about your future job. But you want a reason to pursue? let’s imagine that you’ve decided mobile development is the future and considering IOS over ANDROID, but you just need solid points to choose between both.

Although it’s primarily about passion, it is also important to have good career opportunities and ios developer have one. Companies all over the world are looking for ios developer and due to higher demand, they pay much higher than the Android developer(depends upon experience). But if you see mobile is still on the rise and ios is one of two dominant operating systems in that field.

Well, It’s easy for a newbie to learn IOS than Android. In IOS with all the restrictions making sure you’re much less likely to go off track while developing. one of the most important things is there will be fewer updates to make since there are a limited amount of Apple devices so you’ll be spending less time updating and more time on making it the best app form the rest.

So now you are clear about becoming an ios developer and for that, you need to crack interview to get a job and these 300 hand curated ios interview question will help you ace in your interview

Great!!, finally you made it to the end of the article… Wish you all the best for your IOS Interview! We hope now you can crack any tough nut, Practice these question by taking a MOCK INTERVIEW FOR FREE

Knowledge is of no value unless you put it into practice.